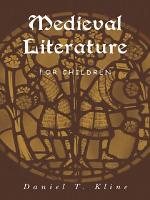 Book Description
This volume will be a critical anthology of primary texts whose main audience was children and/or adolescents in the medieval period. Texts will include theoretical and interpretative introductions and commentary.

Book Description
This interdisciplinary handbook provides extensive information about research in medieval studies and its most important results over the last decades. The handbook is a reference work which enables the readers to quickly and purposely gain insight into the important research discussions and to inform themselves about the current status of research in the field. The handbook consists of four parts. The first, large section offers articles on all of the main disciplines and discussions of the field. The second section presents articles on the key concepts of modern medieval studies and the debates therein. The third section is a lexicon of the most important text genres of the Middle Ages. The fourth section provides an international bio-bibliographical lexicon of the most prominent medievalists in all disciplines. A comprehensive bibliography rounds off the compendium. The result is a reference work which exhaustively documents the current status of research in medieval studies and brings the disciplines and experts of the field together.

Book Description
Articles of this book - Donelle Ruwe Guarding the British Bible from Rousseau; Ruth Carver Capasso Philanthropy in Nineteenth-Century French Children’s Literature; Ken Parille 'Wake up, and be a man'; Claudia Nelson Drying the Orphan’s Tear; Kate Lawson The 'Disappointed' House; Fern Kory Once upon a Time in Aframerica; Laura B. Comoletti and Michael D. C. Drout How They Do Things with Words; Philip Nel 'Never overlook the art of the seemingly simple'; Sandra Beckett Parodic Play with Paintings in Picture Books; Clare Bradford The End of Empire?

Book Description
The first volume to consider childhood over eight centuries of British writing, this book traces the literary child from medieval to contemporary texts. Written by international experts, the volume's essays challenge earlier readings of childhood and offer fascinating contributions to the current upsurge of interest in constructions of childhood. 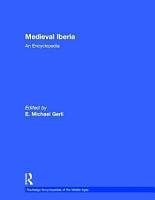 Book Description
Bringing together scholarship on multilingual and intercultural medieval Britain like never before, The Encyclopedia of Medieval Literature in Britain comprises over 600 authoritative entries spanning key figures, contexts and influences in the literatures of Britain from the fifth to the sixteenth centuries. A uniquely multilingual and intercultural approach reflecting the latest scholarship, covering the entire medieval period and the full tapestry of literary languages comprises over 600 authoritative yet accessible entries on key figures, texts, critical debates, methodologies, cultural and isitroical contexts, and related terminology Represents all the literatures of the British Isles including Old and Middle English, Early Scots, Anglo-Norman, the Norse, Latin and French of Britain, and the Celtic Literatures of Wales, Ireland, Scotland and Cornwall Boasts an impressive chronological scope, covering the period from the Saxon invasions to the fifth century to the transition to the Early Modern Period in the sixteenth Covers the material remains of Medieval British literature, including manuscripts and early prints, literary sites and contexts of production, performance and reception as well as highlighting narrative transformations and intertextual links during the period

Book Description
Focusing on questions of space and locale in children’s literature, this collection explores how metaphorical and physical space can create landscapes of power, knowledge, and identity in texts from the early nineteenth century to the present. The contributors, who include Philip Pullman discussing his relationship to space and locale, analyze works from a range of sources and traditions by Sylvia Plath, Gloria Anzaldúa, Jenny Robson, C.S. Lewis, and Elizabeth Knox, among others. 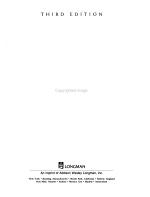 Book Description
This succinct yet comprehensive introduction to children's literature focuses on genres and concepts rather than on particular authors. This completely updated edition provides a clear, literary perspective for understanding the foundations and contexts of literature, including the various genres of children's literature, from picture to informational books.

Book Description
Professor Boitani's latest book explores the areas of the tragic and the sublime in medieval literature. Boitani studies tragic and sublime tensions in stories and scenes recounted by such major poets as Dante, Chaucer and Petrarch, as well as themes shared by writers and philosophers and traditional poetic images.